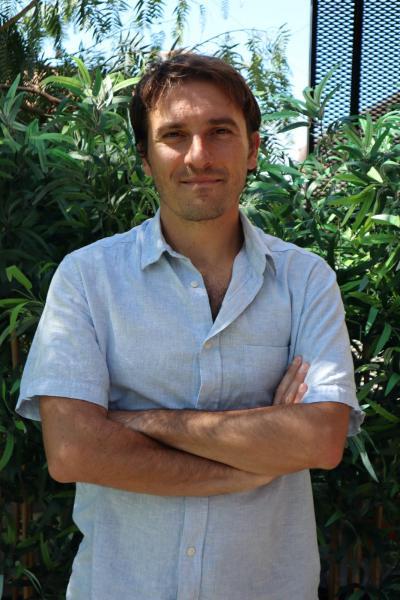 PhD Pansera, currently an assistant professor with a Serra Hunter contract at the Universitat Autònoma de Barcelona, has just obtained one of the prestigious Starting Grant from the European Research Council (ERC), which will allow him to carry out his research for five years at the University of Vigo.

After his PhD  in Management at the University of Exeter, Mario Pansera developed a postdoctoral stay in Brussels, through a Marie Curie grant, and later worked as a researcher at the University of Bristol. His early and fruitful research career focuses on responsible research and innovation (RRI) and innovation for sustainability. Pansera will start its project at UVigo in early 2021 and ECOBAS will be its reference group.

Mario Pansera began his career with a degree in Advanced Telecommunications Engineering but has always been fascinated by the relationship between technology and society and this has led him to diversify his path. " Technological development, which at first glance appears to be a neutral and apolitical process, is fundamentally marked and defined by the values, ideologies and worldviews of the people and power groups who design technological systems. These values, which are embedded in technology, end up being decisive in defining the kind of society in which we live. In a sense it could be said that not all technologies are compatible with any kind of society and, conversely, not all possible societies are compatible with any type of technology. These issues occupy most of my work as a researcher, " says Pansera.

In recent years he has focused on the concept of responsibility in the development and governance of science and technology in European scientific institutions, participating in several H2020 projects. It highlights the project "RRI-Practices" (https://www.rri-practice.eu/) where he participated as a co-IP at the University of Bristol, in the UK. He also highlights his interest and study in Circular Economy, actively participating in the Marie Curie ReTrace network coordinated by the University of Sheffield (http://www.retrace-itn.eu/).   For Pansera, getting an ERC represents an incredible change in his research career, not only because of the entity granting the aid, but also because of the prestige associated with a Starting Grant. "In concrete terms, this award gives you the opportunity to choose where you want to work without going through the tough and competitive selection processes that characterise scientific institutions in Europe. In Spain, in addition, an ERC has become one of the very few remaining ways to achieve a stable position within the university system. The system has been blocked for years and the precarization of researchers has become a normal condition. Despite having achieved a consolidated position as Serra Hunter at the UAB in Catalonia, the ERC gives me the possibility to make an unexpected leap in my academic career. On the other hand, I will have the independence and freedom to establish a new line of research that fully suits my academic interests, " says the researcher.

The project awarded, PROSPERA (Prospering without growth: Science, Technolohy and Innovation in a post-growth era) is based on the scientific work carried out in recent years by Mario Pansera and other researchers in the field of degrowth and political ecology. In Spain, the activity of the Research & Degrowth group (https://degrowth.org/) stands out. "The basic idea was to develop a debate among the community of Critical Management Studies (CMS), which is concerned with criticizing the organizational forms that characterize the capitalist economy, and the numerous criticisms of the concept of economic growth as a panacea to the problems caused by the very system of globalized capitalism. The first step has been the publication of the Working Paper "Innovation Without Growth: Technological Change in a Post-Growth Era"  in 2019. However, the topics discussed in PROSPERA have been debated for years in the communities of CMS, Political Ecology and Ecological Economics among several academic forums. My project has benefited from many debates and contributions from many friends and colleagues," the researcher clarifies.

That Mario Pansera has chosen the University of Vigo and specifically ECOBAS, as a reference group to develop jis project, are great news that will mark a milestone in the Group and put it at the forefront of research on alternative economies and organizations worldwide. But his choice goes beyond academic motives. "My relationship with Galicia is fundamentally sentimental. Part of my family is from here and I already feel half Galician. In addition, ECOBAS has the potential to fit many of the aspects that will be addressed in the project. For example, the need to rethink the relationship between economy and environment. I hope to establish a very close relationship with the Group,'  says the doctor.

Mario Pansera will come to Vigo with the ambition of creating a group that not only stands out for the quality of scientific work, but also for the originality of their theoretical proposal. In this sense, a relatively small university like UVigo will allow to develop a new and alternative research agenda, standing out from its competitors, larger and with many more resources. "The idea is to create a permanent group that can imagine how a world and an economy that is not obsessed with pursuing indefinite economic growth as a fundamental objective of our society could be. This requires the ability to re-imagine how we organize production, how we value and measure the success of an organization and how we distribute the wealth produced".

A multidisciplinary group of young researchers with an international profile will be set up to carry out the project. The project, with a budget of almost €1.5 million, will fund a minimum of 4 pre-doctoral fellowships and 3 postdoctoral contracts with specialist profiles in disciplines such as Organizational Studies, Political Ecology, Critical Management Studies and Science and Technology Studies. Pansera will assess in the candidates the mental openness and the interdisciplinary approach.

The researcher states that the current Covid19 crisis is the most visible result, along with climate change, of the failures of the current economic system based on an out-of-control global financial capitalism. " I believe that as a society we are prepared for change, but the political and business elites are not. The recipe is always the same: reactivate economic growth as a panacea to system failures. The problem is that historically economic growth has never automatically been accompanied by improvements in living conditions. Economic growth needs to be directed and governed so that its benefits can be shared fairly among all social sectors. However, today we find ourselves in a situation where this growth is no longer possible, either because of the obvious limits of the ecosystems that economic systems support, or because of the enormous human cost that "growth for growth" has caused. I speak of the precarization of work, the reduction of rights and the worsening of the living conditions of millions of workers sacrificed on the altar of growth. Only a few years ago these issues were taboo in most academic circles and in public debate. However, in recent years things have changed. More and more people, even in the more traditional sectors of the Academy, are beginning to question the idea of indefinite economic growth. The fact that the EU has decided to invest in a project like mine is a clear sign of this change in vision. On this basis, PROSPERA is going to ask more specifically whether there is a place for innovation and creativity in a "post-growth" model, since, in my opinion, unravelling the process of technological change of growth is the key to imagining an era that is not based on an unsustainable accumulation of material goods. In short, the basic questions of the project will be: how should public and private organizations function in a system that is not based ideologically on endless growth; what levels of technological complexity we can achieve in an economy that is not obsessed with increasing monetary indicators such as GDP; and what policies, infrastructures and organisational forms are needed for this new innovation paradigm. Innovation and creativity are never going to disappear in human societies, but it is important to direct and govern them responsibly, "says the professor.

The project will most likely be launched in February 2021. Mario Pansera will work hard to put UVigo and ECOBAS on the map of the pioneering groups in research on fairer and more sustainable economic systems.

Next week Mario Pansera will meet the coordinator of the Group, Carlos Hervés, in the "Research, Development and Innovation Week" of the School of Economics and Business (EEyN) of the National University of San Martin (Unsam).
﻿ SUSCRIBE TO ECOBAS