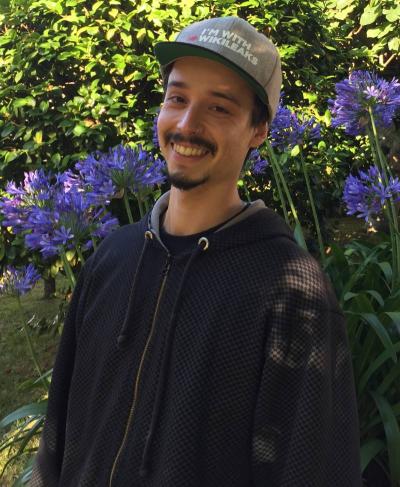 The LIS data centre, based in Luxembourg and New York, has just awarded its annual Aldi Hagenaars Memorial award to researcher Hugo del Valle-Inclán Cruces, student of the Interuniversity Doctorate Program in Economic Analysis and Business Strategy of the University of Vigo, and member of ECOBAS and the research group RGEAF.

The prize is awarded to the writer under age 40 of the best article included during the previous year in the series of working papers published by the aforementioned institution. The award-winning article in this edition, entitled Estimating Inequality of Opportunity in More Periods Than Ever Before: The Capital Income Approach, was selected from among 19 qualified jobs by a committee made up of six members with training in different disciplines of the social sciences. This article constitutes a chapter of the doctoral thesis of the winner, which deals with different theoretical and methodological aspects of the measurement of inequality of opportunities.

LIS is a non-profit association created in 1983 that is responsible for collecting, harmonizing and making available to the research community the largest microdata databases on income and wealth available. The prizes awarded annually since 1994 are dedicated to the memory of Aldi Hagenaars, one of the first female economics professors in the history of the Netherlands, who had a premature death at the age of 39. The award consists of a financial reward, plus an invitation to serve as a faculty member, and to present the winning paper, at the subsequent LIS Summer Workshop.

Capital income as a tool to measure inequality of opportunity

The selected work proposes a new method for measuring inequality of opportunity that allows for a greater number of estimates than is possible with a traditional methodology, thanks to the intergenerational persistence of capital income. This method consists of using capital income as an "proxy" for the socio-economic origin of individuals, and thus avoid being tied by the limited availability of information on parent’s education and occupation (which are the "proxies" commonly used in literature). "I first define the capital income measure to be used with an algorithm designed for this purpose, and after checking that the accuracy of the proposed method is very satisfactory, I use it to estimate the evolution of inequality of opportunities in Europe with a level of detail so far not possible", adds Hugo.

The award-winning article is a chapter of the doctoral thesis in which Hugo is working, entitled Issues on the measurement of opportunity inequality, within the Interuniversity Doctoral Program in Economic Analysis and Business Strategy. In addition to what has already been mentioned, his research emphasizes the role that gender plays in determining inequality of opportunities, "a dimension that is sometimes ignored even in such an eminently egalitarian field". The thesis of the awarded student, what is directed by the coordinator of ECOBAS Carlos Hervés Beloso, was to be presented last April but, with the blocking of the administrative deadlines due to the Covid-19, it has had to wait and it will be presented in the coming weeks.
"I did not expect the prize at all" "

"I use the LIS data in my research, and at the beginning of last year I made a visit to the centre in the framework of the European funds of the H2020 programme. Shortly after I sent the article to their series of working papers, in part to give visibility and thank them for their work in collecting data. At that time I indicated that I am under 40 but, when I was told about the award this week it was a complete surprise", says Hugo.

Here you can see a summary of the award-winning document, which was included in the newsletter published by the LIS.
﻿ SUSCRIBE TO ECOBAS