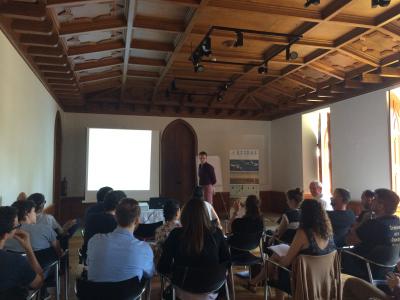 The 'Workshop in Dynamic Macroeconomics', about to turn a quarter of a century

The XXIV edition of the Workshop on Dynamic Macroeconomics was held in the Pazo de Soutomaior along this week. This event is organized by the RGEAF Group and the Laboratory of Aggregate Economics and Finance (LAEF), led by Professor Finn Kydland, Nobel Prize winner, and sponsored by ECOBAS.

The twenty-fifth edition of this important event, attended by some of the most important personalities in the field of macroeconomics research, will be held in 2020.
﻿ SUSCRIBE TO ECOBAS